Back to fact sheets 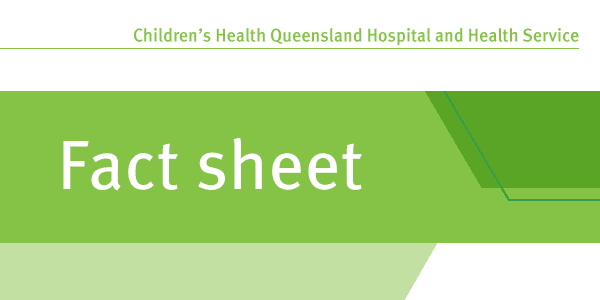 In a newborn baby, the skull is made of bone plates that are joined together by flexible areas known as sutures. These sutures allow the skull to be squashed slightly as baby travels down the birth canal and enable the head to grow normally in the first years of life.

Craniosynostosis occurs when one or more of the fibrous joints between the bones of a baby’s skull (cranial sutures) close prematurely (fuse), before the brain is fully formed.

As the brain continues to grow, it pushes on the skull from the inside, but cannot expand into the area that is closed over. This causes the head to grow into an unusual shape.

How many babies are affected and what causes it?

Fusion of a single suture in the skull occurs in about 1 in 3000 births. The condition is not usually genetically transferred from parent to child. It’s likely that the baby’s genes have developed abnormally, however there is no definitive evidence for this yet.

The most common suture to fuse early is the sagittal suture. This suture runs from the front to the back along the middle of the skull. This results in a head shape that is long from front to back and narrow from side to side. This head shape is known as scaphocephaly. The forehead often becomes tall and pushes forward (referred to as frontal bossing) while the back of the skull may become pointed or narrowed.

There are varying degrees of deformity in trigonocephaly. Severe and obvious cases will require surgery, while mild cases may need no surgery or limited surgery at a later date.

The coronal suture runs from the top of the skull down the sides towards the corner of the eye.  There is a coronal suture on both sides of the skull. One or both sutures can become fused and this results in a flat forehead and a difference in the appearance of the eyes, with one being more open than the other.

Will craniosynostosis cause problems for my child?

Most single suture fusions do not result in pressure on the growing brain. However, a small percentage of children may have developmental problems if the condition is not corrected with surgery when they are young. There is no way to predict which children may be affected in this way. In such cases, the main reason for surgery is to correct the appearance of the unusual head shape rather than improve the child’s development.

Although neurological damage can occur in severe cases of craniosynostosis, most children have normal cognitive development and achieve good cosmetic results after surgery.

How is craniosynostosis treated?

Craniosynostosis is treated with cranial vault surgery to correct the shape of a baby’s head and allow for normal brain growth.

When two or more sutures are fused, there is a greater risk of pressure on the brain. In these situations, surgery is needed for cosmetic purposes and to allow enough room for brain growth. Occasionally, these children may require more than one operation.

When will my child have surgery?

Surgery for single suture fusions usually occurs between six and 12 months when the child is large enough to withstand surgery, but the bones are still thin enough to remodel. Remodelling can be performed at a later age (at the discretion of the craniofacial surgeon) depending on the sutures that are fused.

If it’s not an emergency but you have any concerns, contact 13 Health (13 43 2584). Qualified staff will give you advice on who to talk to and how quickly you should do it. You can phone 24 hours a day, seven days a week.

Resource No: FS230. Developed by Department of Plastics and Reconstructive Surgery. Updated: April 2018. All information contained in this sheet has been supplied by qualified professionals as a guideline for care only. Seek medical advice, as appropriate, for concerns regarding your child’s health.